I have a confession to make.

I think it’s great fun to watch. I have been known to utter such sentences as “He only needs 2 for a century but it’s the last ball of the over before Drinks, aaaargh!” or “That was CLEARLY LBW!”

I know how many balls there are in an over. I even understand the question.

I know the difference between Test Matches, One-Dayers and Twenty/20s. I also stand firmly on the side of Test cricket (a game that finishes in one day is a game for wimps).

So I feel uniquely positioned to explain it to, basically, the rest of the world (except, obviously, the Commonwealth countries. They know.)

So here you go, world: 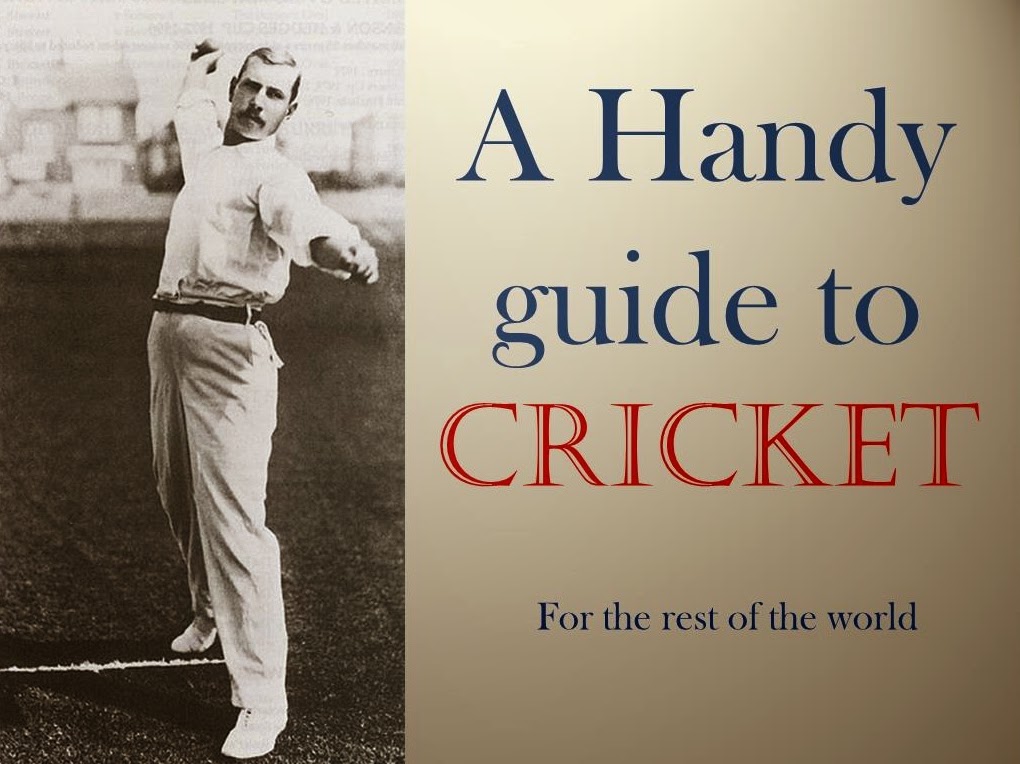 1: You have to understand that time, in Cricket, is of the essence, but it is not pressured. A Test Match lasts up to 5 days. Also, you know you are in presence of a British institution when the playing time includes breaks for tea (they call it “drinks”, but no-one is fooled). There is an actual “Tea” break, but that’s a meal. (If your head is already buzzing, it’s about to get a lot worse).

2: It is the exact opposite of football: scoring (runs, not goals, but bear with me) is so continuous that no-one really follows closely. In fact, you are generally too busy chatting or eating your sandwiches to pay too much attention to what is going on. Even the commentators are likely to stray from the action and inform their listeners of unusual pigeon behaviour.

Actually, paying too much attention is frowned upon. You could be mistaken for a football supporter or something. The very idea!
The crowd only ever stirs if:

That’s it. The rest of the time, you’re just hanging out with your mates, chatting, drinking and eating. Whilst some guys in the background do some stuff.

So, the pace is leisurely and tea-drinking instituted.

3: You cannot play it in the rain. But no-one seems to have realised that may constitute a slight flaw in an otherwise flawless plan.

If I tell you: the scores for team A stand at 110/9, you’ll be thinking: “Wow team A is really impressive!”
You would be wrong. That’s a terrible score. Team B is thrashing them (“thrashing” is an important cricket term. When you talk about cricket, it is crucial you sound like Lord Peter Wimsey. Crucial. You’re not allowed to comment otherwise).

350/8 is a good score. 480/5 is great, but you should be thinking of declaring, or you will run out of time for the second innings.

5: What people are really interested in, are the statistics. How many centuries, batting average, etc. Also ducks. Ducks are important. Golden, diamond, laughing, all the ducks. Don’t talk about pigeons, though, those are for the commentators use only. And pigeons are actual birds. Unlike the ducks. Sometimes ducks are called pairs. A pair is bad news for the batsman. In fact, if the batsman gets a pair, he’s probably a bowler.

So to summarise: don’t cheer, bring a picnic with some drinks (which have to include tea), wear a monocle, give up understanding the scores, mention ducks, and you’ll be good to go.

You are welcome, world.
Posted by Isabelle at 16:14

Email ThisBlogThis!Share to TwitterShare to FacebookShare to Pinterest
Labels: Lost in Translation