First, thank you so much for your prayers after the previous post, they are immensely appreciated.

Now, there isn't an appropriate transition from that post to this one, so...


Well, there is the usual "getting the house and garden sorted", and there's the pesky curtain I really need to finish (still hanging with pins in = not cricket), Jude also badly needs a hair cut (his THIRD one, would you believe it?! At this stage, his hair is basically a wonder of nature.)


Well, I've started watching Daredevil (Kendra and her streaming advice are very bad for overall productivity), which I am loving, so I am going to go with the second one.

Word of warning: I do spend a lot of that show with my hand in front of my eyes, or eyes shut with fingers in my ears. Yeah, it's a bit violent.

I quite like Batman too, so it works (although "limitless wealth" does strike me as a bit magic power-y).

3. Finding out if baby is a boy or a girl before birth: Good idea? Bad idea?


Well, we didn't want to know for Jude, but were told anyway. Similar for this one, except we weren't sure whether we wanted to know or not (my OB/GYN in France is a friend of the family, so yeah, free care, but he doesn't ask before casually telling us the gender, and for this one I didn't warn him in advance because I thought it was still too early to tell. Oh well...).

I can see the attraction of the surprise, but I like to knit gender-specific items, so I am torn. And for this one, we had a girl name all sorted for ages, but were really struggling for a boy's name so it was useful to know whether to keep torturing ourselves or not over it.

And no, I am not telling. I know, that's basically cheating. What can I say. Horrible person, right here.


4. Have you ever appeared on a stadium jumbotron?


I have no idea what you are talking about. Let's Google it.

Ok, so yes, I kinda have. When singing with the Youth Choir in Lourdes in the underground cathedral, we were on the jumbotron (although it was hard to see me, altos at the back and all that - very unfair discrimination if you ask me, we deserve the jumbotron just as much as the sopranos - ).

But that's about it.

The only live sport I ever attend is cricket, and they don't really use the jumbotron to show non-fancy dress supporters (and a supporter in fancy dress at a cricket match is already committing a very grave etiquette faux-pas, so there.)

5. Are you more book smart or more street smart?

I am really not street smart. I am the opposite of street smart. The world is a scary place, I need books to explain it to me a little bit so I am less scared.
Yes I have lived in cities all my adult life.

No, that didn't help.

I can analyse you a mean written document though.

Ok, I tell a lie, I am reasonably good at understanding people as well. But not at interacting with them. Even if I'd like to.

6. Have you had that baby yet?


Well, no-one is really pestering me yet, considering the baby is due in January (the NHS says late December, but I don't believe them anymore), but just in case you ARE in a position where people start asking, here is a handy website to direct them to.

Join Kendra for more! (and, Kendra, I am counting on the baby being born on the 22nd, so no labour yet, ok?!) 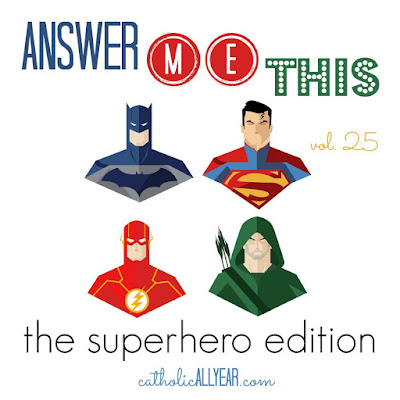 Email ThisBlogThis!Share to TwitterShare to FacebookShare to Pinterest
Labels: AMT