So, whilst gathering information for the Maminou series (which involves spending a while in the south of France - totally taking one for the team here -) I have come across the answer to the Church Lady Mystery. So I had to share straight away.

If you are unfamiliar with the Church Lady Mystery, here it is in a nutshell:

Why is it that some old ladies at church are so incensed by babies and toddlers making noise? Surely they have had their own, how come they don't remember it being hard? Did children use to miraculously behave because "back in the day, we weren't afraid of discipline, my dear"? Did children and babies not squirm, scream and cry?

How did they do it?

Well, I asked Maminou, so now I know.

Maminou doesn't remember seeing children younger than six or seven at mass when she was younger. She didn't take hers until they were preparing for their First Holy Communion. People would leave the younger children with a neighbour, a friend, the father if he didn't go to Mass, the nanny if they had a bit of money.

So, they have no patience for you and your toddlers, because, chances are, they have never been in your shoes ( of course I can't vouch for all the Grumpy Church Ladies everywhere, but it is something to consider).

Now you are allowed to nod and smile whilst your personal GCL admonishes you and makes you feel like a failed mother after Mass: she, officially, doesn't know what she is talking about.

Big sigh of relief. We are doing alright, folks!

This is related to two things I want to write more about, when I have access to a computer rather than my phone for post-writing: the importance of help, and general skin-deep catholicism.

PS: If you already knew the answer to this mystery, you could have told me!

PPS: let it also be said that, although we boast a good few GCLs at our parish, the overwhelming majority of people are lovely and helpful, and mostly think J is hilarious for trying to sing at all the wrong times (yes, he does that).

PPPS: this may also have solved the Grumpy Priest Mystery, some have also encountered. 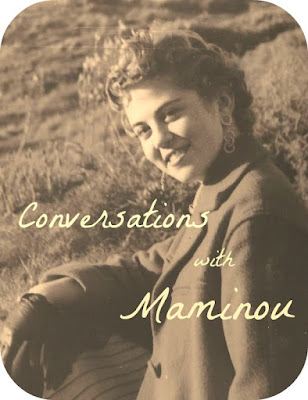 Email ThisBlogThis!Share to TwitterShare to FacebookShare to Pinterest
Labels: Conversations With Maminou