Every Savage Can Dance: That Time We Went to Pemberley

Monday was our wedding anniversary (and a Bank Holiday, hurray!) so we took advantage of the long weekend to offload tearfully part from Patapon, who spent two days with his grandma wrapped around his little finger being a very good boy at Grandma's.


Apart from marveling at the crazy things we were suddenly able to do (have the bins on the floor rather than on top of furniture, leave the stair-gate open, have knitting needles lying around, C.R.A.Z.Y), we went to Pemberley.

- We also tried, and failed, to find our lost proposal site in Oxford (amongst other things). Turns out there are quite a few parks in Oxford. - 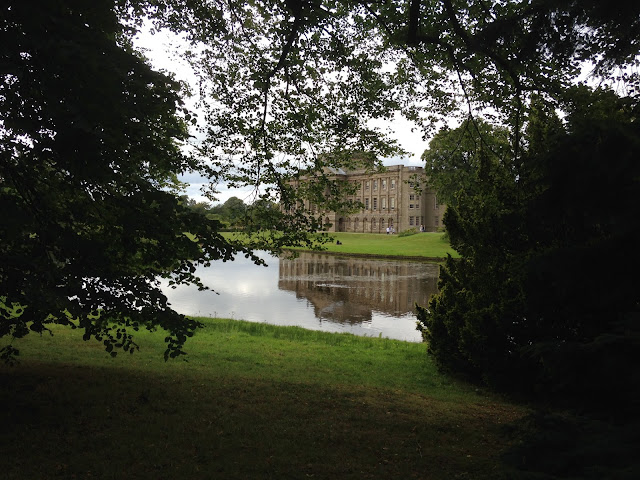 For some reason, they insisted on referring to Pemberley as "Lyme Park", but no-one was fooled. 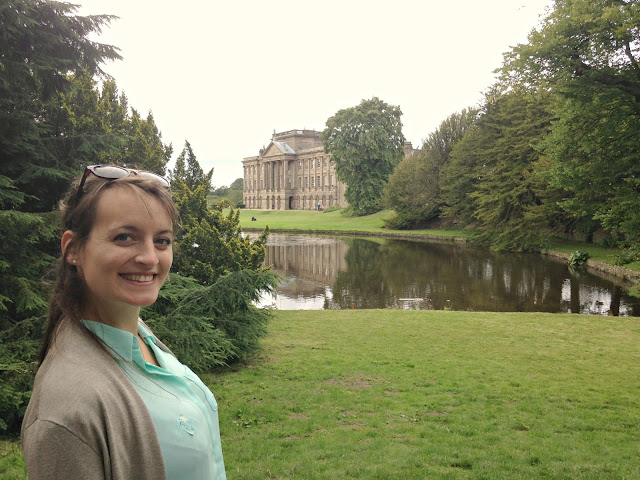 Anyway, we ended up also having a Pride & Prejudice marathon when we got home (of course the BBC version, who do you take me for?) during which Simon patiently endured my endless reciting of the entire dialogue and continual interrupting of the film with "Well, actually, in the book..." (What can I say, he is pretty wonderful. Sorry ladies, not sharing.)


But apart from allowing me to pretend to be Elizabeth Bennet, it made me think of a short post by Leah Libresco.

The whole piece is very thought-provoking (as always) but the thing which stayed with me is the example she uses, in her attempt at defining a type of near-good behaviour, which could encourage good behaviour if generalised. She mentions politeness as a near-good which could lead to a good (actual caring for the needs of people) but dismisses it mid-way through, as generalised door-holding is unlikely to lead to an increased genuine kindness and care for strangers.

My recent immersion in Regency drama however made me wonder whether she was thinking of too narrow a definition of politeness.

You see, in Jane Austen's (admittedly very limited) social world, manners, good breeding and politeness are essential, because they come with genuine consequences. The lack of good breeding is a genuine impediment to social climbing. Poor manners can lead to your losing your character (just ask Darcy) because it is generally assumed that if you do not care enough to apply social norms, you simply do not care enough (which also implies that we are talking of a society which takes it for granted that people should care, but that's another post for another time).

Of course, this can be easily reversed, and much of Austen's novels deal with the charming, polite scoundrel, but such an environment does foster a degree of care, even if it is not prompted by truly altruistic motivations. In Persuasion, Captain Wentworth, once he has been foolish enough to give the appearance to lead Louisa Musgrove on, considers himself bound in honor to marry her if she wants him. This is also the true meaning of Charlotte Lucas' urging Jane to show more affection for Bingley "even than she feels", because if her feelings are known in the world, a gentleman would have to either marry her, or lose the right to be considered a gentleman.

Similarly, the BBC version of Pride and Prejudice actually makes a mistake at one point, showing we no longer understand good breeding or manners at all. There is this famous moment when Elizabeth's father goes to interrupt Mary (who is rudely hogging the piano) by telling her "You have delighted us long enough, child. Give the other young ladies a chance to exhibit." In a later flashback, only the first part of the sentence is shown, giving the impression that the offence to manners is there. But in actual fact, although the interruption is too obvious and makes other people uncomfortable (which is Bad Manners 101), the real problem is the father's ironical comment on the other young ladies. He may be a philosopher, and think the marriage market immensely amusing in its absurdity, but his comment is just rude to anyone who will heretofore come to the piano to entertain the company. Yes, he is calling out the hypocrisy in the status-quo, but he is hurting other people's feelings in the process, and that is the essence of bad manners.

In general, all adaptations of Jane Austen novels for the screen have to resort to such obvious-ification of breech in manners, because we are so dreadfully illiterate in politeness nowadays. We miss the subtlety of the infractions Austen is making fun of, because we are looking for a set of rules, when real good breeding used to be defined without rules, but by a "delicacy of feelings" towards others.

One example of such a situation that springs to mind, is a nineteenth-century anecdote I read somewhere, about a man of low status recently elevated for some reason, and therefore invited to a French duchess's dinner party. Ignorant of social norms, he starts drinking his finger bowl, taking it for soup.
Now, a hostess in such a situation has several options:

- she could call him out (terrible breeding - only the parvenus are such sticklers for formal rules),
- she can dismiss him as a newcomer and leave him, because he is of lower rank after all, what do you expect? (making her a poor hostess, also terrible manners.)
- or she could distract people and have a discreet word in the man's ear (better breeding).

But in the original story, we are talking about a duchess, someone whose breeding is so refined it runs in her blood.

So she starts drinking the content of her finger-bowl as well.

The essence of good manners is to be mindful of everyone's feelings but your own.

Now, of course, such a world is not perfect, and it is exhausting to navigate, (ask me how I know, uprooted amongst English people - to give you an idea, think of John Cleese's character losing it in A Fish Called Wanda - {even in the toughest school I taught at, the sentence "that is just appalling manners" gave pause to unruly teenagers. Gotta love England}) but you have to care to a certain degree.

I hear you shout "hypocrisy", and yes, of course that is true, but personally I prefer a world where you have to hypocritically pretend to care about someone else's feelings, to a world where it is perfectly acceptable to be rude and selfish and dismiss the feelings of others with a "haters gonna hate" (can we ban this phrase, please?) or "I'm the people equivalent of Marmite" (wittier -just - but you are still rude). 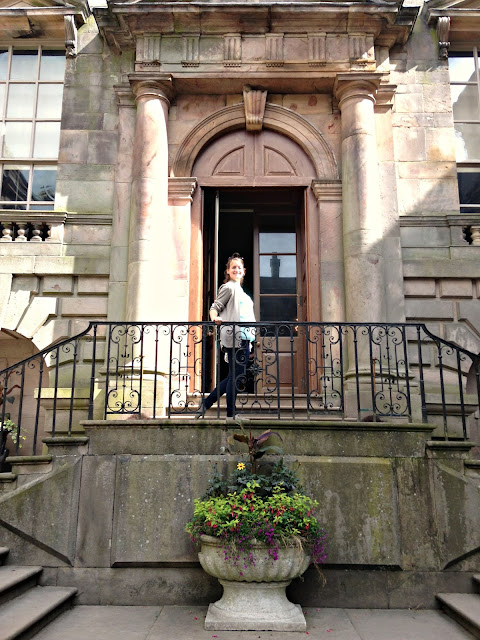