Treasury of Lies, Magazine of Deceits, Storehouse of Rogueries, Inventor of Mischief and Publisher of Absurdities

So, I finished Don Quixote.

Our laptop died (booo!), so I had lots of time to read (yay!) and no opportunity to blog (boo!) - can you handle how much of a roller-coaster of emotions this post already is?

But now we have a new one, so, here are my thoughts (which I am sure you were all awaiting with bated breath).

If you don't care about Don Quixote, I've added some random pictures of the boys to distract you. If you like neither literature nor babies, I can't do anything for you (and seriously doubt that you are even a human being at this stage).

It is easy to assume that whatever is current is new. But that is pure Whiggishness. Humanity does not follow “the urge and impulse of the ages that humanity will move forward toward its goal” (as Winston would put it) and neither does literature. Extreme intertextuality and an abundance of metanarratives are expected in the texts written around the time when the buzz-words were created. But one begins to suspect that the best (and possibly funniest) example of such things is actually to be found in a Spanish novel written at the beginning of the seventeenth century.

I wonder whether Cervantes simply set out to make people laugh, and in doing so, stumbled upon what serious academics would enunciate with much gravitas and no small amount of self-satisfaction in their clever lectures three hundred years later. Except Cervantes did not bother to name his inventions, nor did he assume that they should entitle him to the reverence of starry-eyed eighteen-year-olds who have just finished reading Chomsky.

The structure of Don Quixote revolves around a constant back and forth between presenting books as yielding extreme power and influence, and exposing their fakery with a broad laugh (and a few farts). In doing so, Cervantes both reveals the power of a good story and its very mechanism. He both enjoys the fine embroidery on the emperor’s cloak, and shouts out from the crowd that the emperor is, in fact, naked.

Power to the books

The whole concept of the novel is based on the idea that novels could so “turn the imagination” that an avid reader could step out of reality and into the book, and force his favourite stories to fit onto an unsuspecting reality. An innocent windmill is turned into a giant, flocks of sheep into battling armies, so strong is the hold books of chivalry have on Don Quixote’s mind.

And no-one questions that books could indeed, have such a power. The barber and the priest find no other way to protect Don Quixote than to burn his books (after careful selection – at least before they, and the narrator, get bored of the process -). Countless characters “marvel at the extent of Don Quixote’s madness”, a few play on it (the innkeeper at the beginning, the Duke and Duchess in the second part), but all accept that this is indeed, a possible result of book-reading. Just like Rousseau took the theatre deadly seriously and therefore condemned it in his Lettre à d’Alembert.

This strong agency of narratives on what passes for reality in the book, leads to the easy stepping from one to the other everywhere in the book, through Don Quixote’s own inventions, first and foremost, through his friends’ stratagems and telling of tall tales to bring him back home, second, but also in the ease with which narratives sprout everywhere that the story takes us. One cannot stop at an inn without finding a mysterious (and entertaining) novel, no shepherd offers you food without regaling you also with a long narrative, complete with poems and laments, and Don Quixote himself cannot argue without launching into a vivid description of a castle hidden under a burning lake.

In fact, narratives are held in such esteem that any interruption leads to dramatic punishment (often involving the beating up of the hero himself, such as when he cannot resist interrupting Cardenio when he comments briefly on books of chivalry). The characters also welcome joyfully any offer of a tale (with the narrator apologising first profusely for his lack of art in doing so) and liberally heap praises onto the teller, his task completed.

Cervantes’ world is one where the argument between men of arms and men of letters is very much moot, as Don Quixote is unable to achieve anything through actions, whilst books reign everywhere supreme.

This book is naked

And yet. And yet. Cervantes does not simply leave the books on their pedestal, he also methodically points out their flaws, conceits and patterns.

The first obvious victim of his dismantling, is the genre of chivalry books as a whole. Much of it is now lost on us, but the few references I did catch hint at the delight readers at the time might have had. Playing on the trope of every mighty blow of the sword renting opponents asunder, for example, every one of DQ’s opponents, would have surely been cleft from head to groin, had they not shifted ever so slightly at the last minute, and escaped with nothing but a bad bruise. The body also constantly invites itself into DQ’s delusion (and therefore, into the books it parodies): Sancho poos by his side during a night of terrified vigil (which is of course all for naught), and his need to wee reveals to DQ that he indeed, cannot have been enchanted after all. The elevated tales of knight-errantry are tied back down, and very firmly so, to the very earthly bodies of a thin hidalgo and his fat peasant companion.

But this is only the first, most obvious dismantling. Another aspect is a reflexion on the book itself as it is being written. All the characters marvel at DQ’s madness, and yet no-one appears to think anything odd in the fact that every shepherd they meet is a jilted lover, every woman is the most beautiful star of the firmament, and that all protagonists seem to trip over themselves to conveniently gather in one miserable inn of la Mancha in order to offer resolutions to the countless digressions Cervantes revels in creating.

Indeed, most of the narrative can actually be seen as a succession of such dizzying mirror tricks. The preface gives us a clever course in how to fake erudition (I suspect all my students to have read it), which the narrator immediately puts into practice to convince us of the veracity of his tale. Cervantes pushed the conceit even further: if the first book was a book on the impact of books, the second is a book on the impact of a book on the impact of books. If the first book shows novels being found and stories being told in a constant juxtaposition, the second book actually criticises these aspects of the first book as part of its own narrative. The result is that the reader is never allowed to be a wilful dupe, but rather encouraged to join the author in enjoying stories, without ever taking them (or himself) too seriously. 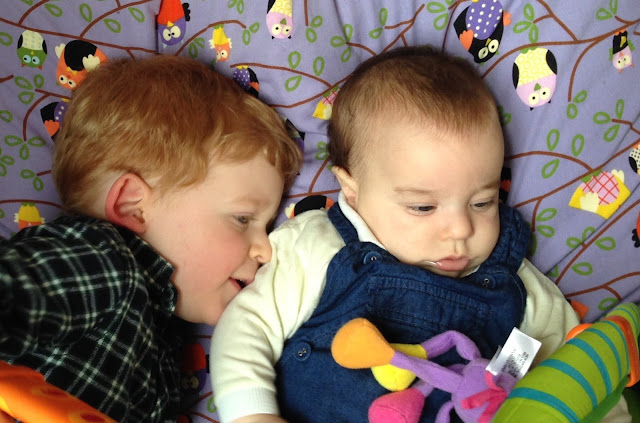 ‘Tis a pity our current authors, who are so adept at pointing out their own cleverness in handling such devices, have lost the ability to tell good and memorable stories whilst doing so. I suspect this is because Cervantes, whilst exposing the mechanisms, also delights in the working clock. I don’t know how many high-brow writers still know how to delight in anything.

And to explain the title of this post, here is my favourite quote from the book:

[Don Quixote to Sancho Panza] "Avoid my presence, monster of nature, treasury of lies, magazine of deceits, storehouse of rogueries, inventor of mischiefs, publisher of absurdities, and enemy of the respect due to royal personages! Begone! appear not before me on pain of my indignation!"