I have struggled with this post for quite a long time. I keep trying to write it, and then I worry it will just sound like stealth bragging, conceit, or whining. But the urge to write it is not going away, so I will attempt to push through with it. 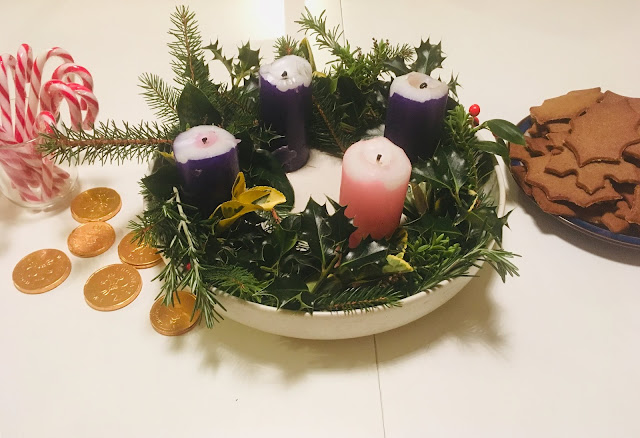 When I was a child, I was always incensed by the “unjust” parables. The 99 sheep versus the lost one, the prodigal son, and Martha and Mary (not a parable, I know, but go with me here). Especially Martha and Mary.

I think to some extent, every one struggles with how counter-intuitive these parables are, but over the years, I have come to realise that I am the lost sheep and the prodigal son, and thank God that God is not fair. But I am also Martha. Definitely Martha.

Martha resonates I think because whilst the others are actual parables, and therefore feel exaggerated, or at least exemplary, Martha is, Martha was, and Martha feels real. We have all been there. Demanding justice, asking for fairness, and “why can’t she help?”

And the thing is, Jesus doesn’t tell Martha to sit down. He says that Mary shall not be made to stand up. It is unfair.

I was prepared for many struggles when I became a mum, I read the blogs and the manifestos and the “you won’t sleep” and “your house will be a disaster” and the “you won’t be able to take a shower for days” and I was fully ready to give myself a break. What I didn’t expect was to be the sorted one. Being organised and having a clean house, that took me by surprise.

So I am Martha. And the thing they don’t tell you about Martha is the internal monologue which leads to “why can’t she help?”. The Evil One whispering in her ear “No-one has your back. You can’t let go of a single thing, because no-one has your back. The others are struggling more. And no matter how nice they are, they kind of resent you for being the sorted one. So no-one will have your back. You are all alone.”

That’s why, in my head, I'm often catching myself thinking: “why can’t she help? Why can’t I be the helped one for once?”

On better days, I know why she can't. Because Mary does struggle more, that is why she is at the feet of Christ. According to tradition, Mary had sinned heavily before she found herself clinging to Christ. There is a desperation in her clinging, like the mother of a sick child, grasping and gasping for air in the struggle.
That’s not to say I think Martha is not clinging to Christ. She seems to need him in a different way. Martha is sorted, she knows what to do and she does it. Just like that. But she also believes. She goes and tells Him off for being late, because she knows had He been on time, Lazarus would have lived – her faith is strong, she just hasn’t quite let go of the world like her sister has. She is the practical one, the sorted one. And I can see the excesses in her tendency, I really, really can. Being worldly. Pride. I can see why Christ rebukes her.

But all the same, I kind of want to say “I hear you, sister. I’ll have your back”.

Will you have mine?