This year was the second year I tracked my reading, and last year felt lacklustre, but turns out wanting to beat a number is really nice,because it gives me just the extra push to get to my book instead of mindlessly scrolling for an hour after babies are in bed and chores are done. Anyhow. I recommend having a running tally and a goal, even if it feels somewhat forced, they really work.

My running tally is on my phone, I just write title/date started/date finished and then aim to write a few notes in my reading journal, but I don't always get to that last part.

I also abandoned 4 and started 2019 with (only!) 7 books on the go. Another thing that changed is that I used the library a lot more, which is nice for my wallet, and another good motivator to get the book read.

This was a challenge Simon and I set ourselves, reading through the whole Bible in a year, and we did it! It was a great experience, and I will talk about it some more in another post, but if anyone fancies giving it a shot, we used this reading plan by Meg at Held By His Pierced Hands, and it worked really well.

An interesting read, very motivational and practical on the why and how to listen better. I particularly liked the tip about naming intrusive voices playing in your brain whilst you try to listen to someone ("Hello there, Envy!").
One thing that amused me was that although the author is Presbyterian, he is slightly in denial about the fact the 99% of his sources are Catholic.

As always with Scott Hahn, a great read, the premise of this one being trying to help us justify "the hope that is in you", starting from belief in God to Christ, to the Catholic Church. I liked his point about how being a theist was always considered more reasonable than not, until our age got weird and bad at reasoning.

I chose this one as part of my "reading the classics" endeavour, because the next one on the list was Pride and Prejudice, which I have read approximately 5638754 times, so I thought I'd throw in a French classic instead. Bad move.
Not funny (gross doesn't make me laugh, it just bores me) and pretty weak in terms of being a manifesto for humanist ideas, especially in light of what I was reading abut the Byzantine empire. All his pitting of the Ancient world against the Middle Ages seemed like the reaction of a dedicated follower of fashion to a new fad - the whole of his argument being that new (or old-new, in the case of the humanists) is necessarily better. Like the Enlightenment, Humanism is turning out to be, upon closer inspection, rather a self-glorifying movement than a useful critique of its time.

A great page-turner. I took a little while getting used to the Australian accent (audiobook problems), but the author manages to make the book both page-turny (it's a word) and atmospheric. And also, something I love in murder mysteries, it did keep me guessing until the reveal!

Officially, I was reading this so as to know whether I can hand this to my children when they grow up. Unofficially, I just loved it for its own sake. I could feel myself slipping back into the young reader I once was, and it was glorious.

Like all the other Rubins. A fun read, lots of fun facts, but very much felt like nothing new was added to her other works I read in terms of applicable insights. And she still uses the word "healthful".

The beginning of a rabbit hole of parenting books. More on that soon.

I was having an Australian mystery phase, apparently. A very short but really well written book, blurring the lines between reality and fiction beautifully, but in a way that leaves you fascinated, rather than annoyed and manipulated. I hate to use the word "atmospheric" again, partly because it is not at all something I am drawn to normally, but there it was. And it was good.

Another solid Scott Hahn. He goes through and defends 40 different Catholic devotions. Very inspiring if you want to take up a new one, or simply be a little more mindful when you do the sign of the cross.

Lots and lots of ideas to reduce waste, plenty of them very feasible, and I have implemented a few. The book itself is well-organised and practical, but the author considers reducing waste her family's first priority, and I am just not on board with that. There was also a bit on the number of babies you should have which was plain immoral - apparently the zero waste community is hoping to eradicate themselves from the earth, and that doesn't gel with my understanding of human beings made in the image and likeness of God. Still, it's a hard book to top if you want practical ways to be a more mindful steward of resources.

An interesting read and refreshingly non-accusatory. It is not demonising the food industry or a food group (or the people who eat it). It's not having a huge impact on my habits, but I can see how it could help someone else. And it IS very interesting.

Completely fascinating and very thought-provoking. I felt encouraged to listen to other people's stories, especially when I disagree with them - including her. Her imagery of dancing in the wilderness and of the tribe of misfits fell completely flat for me, I'm afraid, but it doesn't cancel the very great qualities of the book in terms of encouraging dialogue.

I expected it to be funny, and yet I did not expect how completely delightful and hilarious it would turn out to be. Eat your heart out, Oscar Wilde. THIS is true comedy, but the author is clearly fond of his characters instead of sneering at them or pontificating.

Another, erm, research project, you know, for my children. This is an excellent example of modern children literature done very well. Plus it involved a large family, a plot that was sweet without getting naff and if the parents were a touch too perfect, well, I didn't mind. 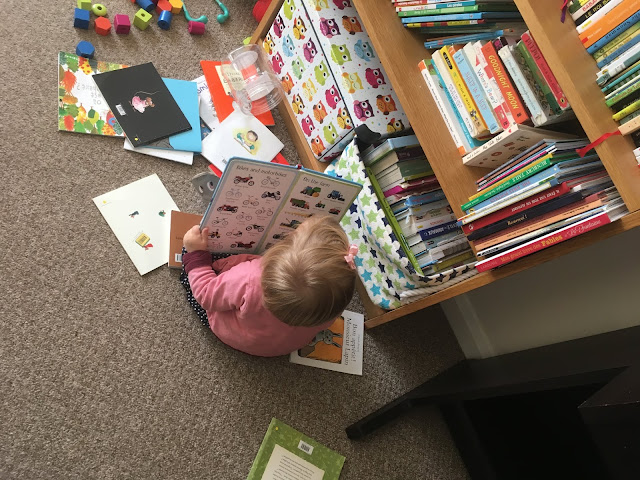 That's it for now. Tune in again for