Hi, my name is Isabelle, and I have a problem.

I am obsessed with children’s books. I was even writing a thesis about them. About the historical impact of children's literature before WW1, to be precise. Big fan, here.

And I may have bought entirely too many children’s books considering Patapon is only just 10 months.


And these are only the books I bought myself.

In the last two months.
Before that, I was resisting the temptation.
Then I failed.

So, I thought, why not make people profit by my unhealthy habit of buying children's books that, really, I am mostly going to be reading to myself for a couple of years, before I can actually introduce most of them to Patapon? I can even add the insider view from Academia! (Could it get any more exciting?)

Selfless is my middle name. (Not really, it's Chantal Anne-Marie).

In general, my tastes tend towards the true and tested. You see, the problem with children's books is that the kids are not the ones buying them, so the sales are not indicating enjoyment by the children, but rather enjoyment by the parents (which is important too, don't get me wrong) so you can't trust best-sellers. On the other hand, the books you remember loving as a child, enough to pass on to your own kids, seem to me a more reliable source of ideas. So most of the books I buy are at least on their second generation of children.

However, let's find out if that holds true through this entirely unbiased review of the books that are currently in my living room (I know I am still missing many, some are on my "coveting" board on Pinterest and some in Patapon's room, being read to him at night): 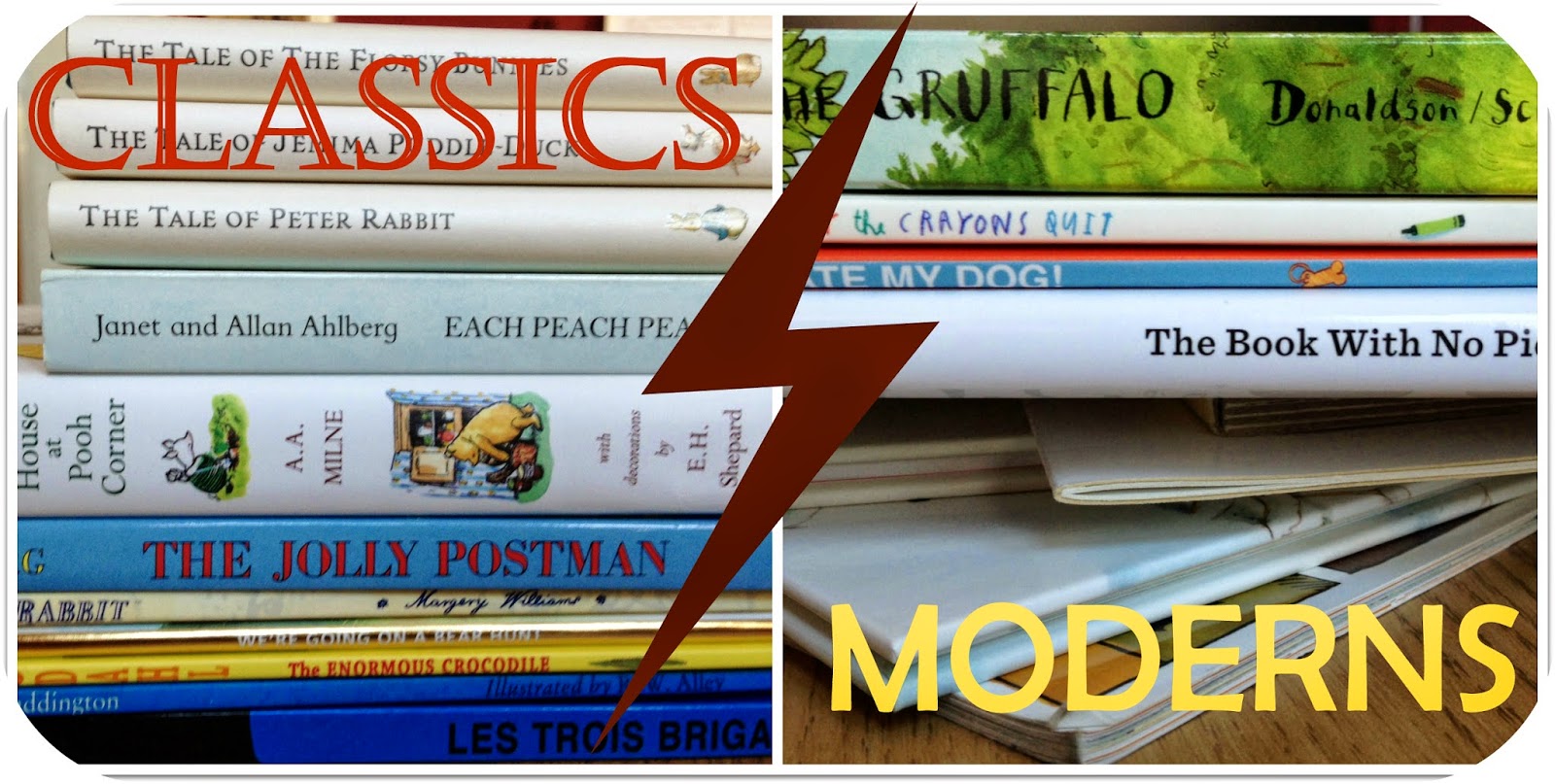 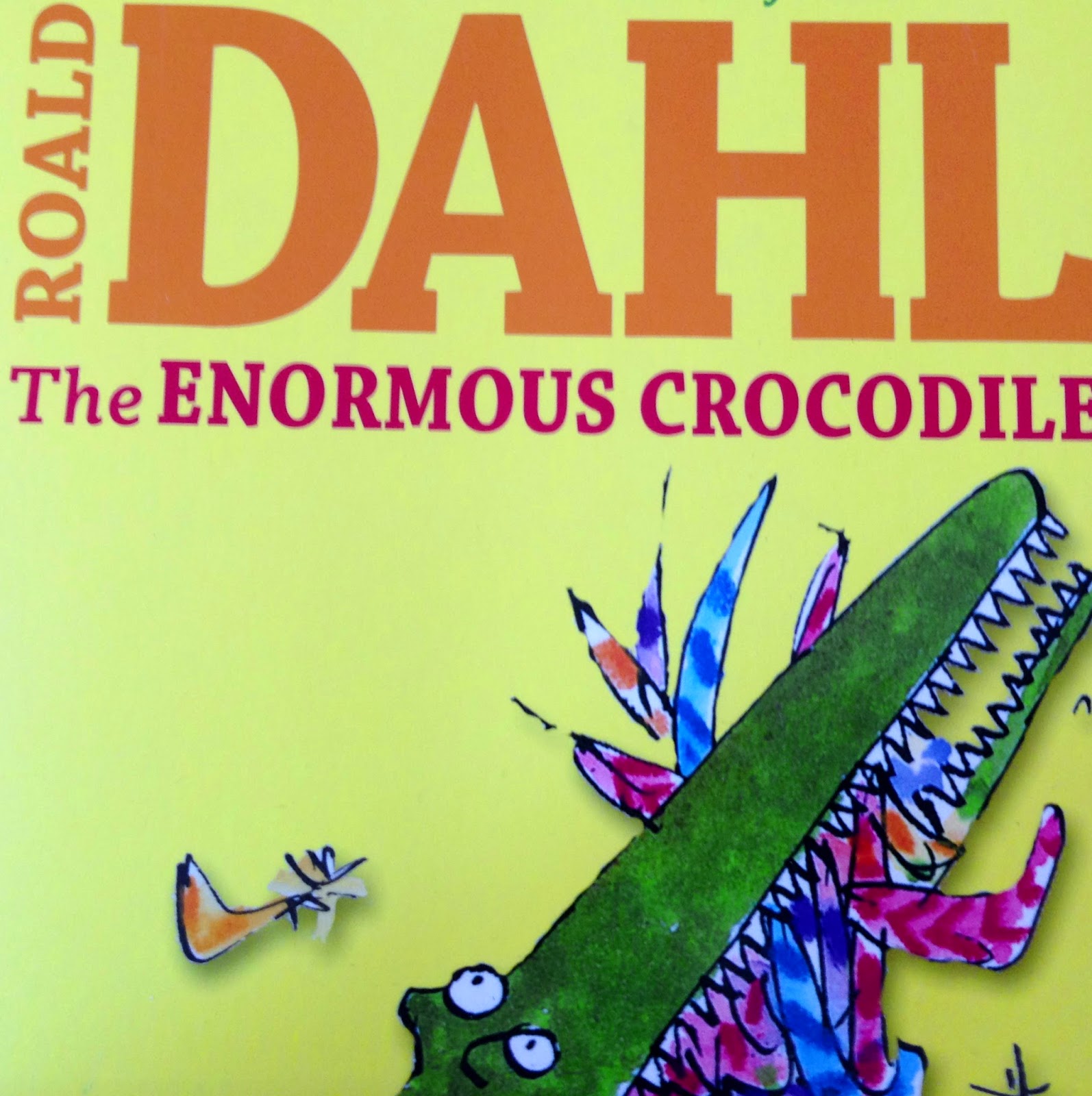 This one I remembered loving when I was 4 or 5. So I bought it for G. And then I bought it for me. Sorry, I mean for Patapon.
I remembered correctly. It is brilliant. The prose is great fun to read, the story enthralling, AND you can make lots of funny voices, but not so many that you lose track and get confused.
M requests it every time he comes to our house. It is, however, not a quick read. It may or may not have considerably delayed the putting on of shoes. I couldn't possibly say. 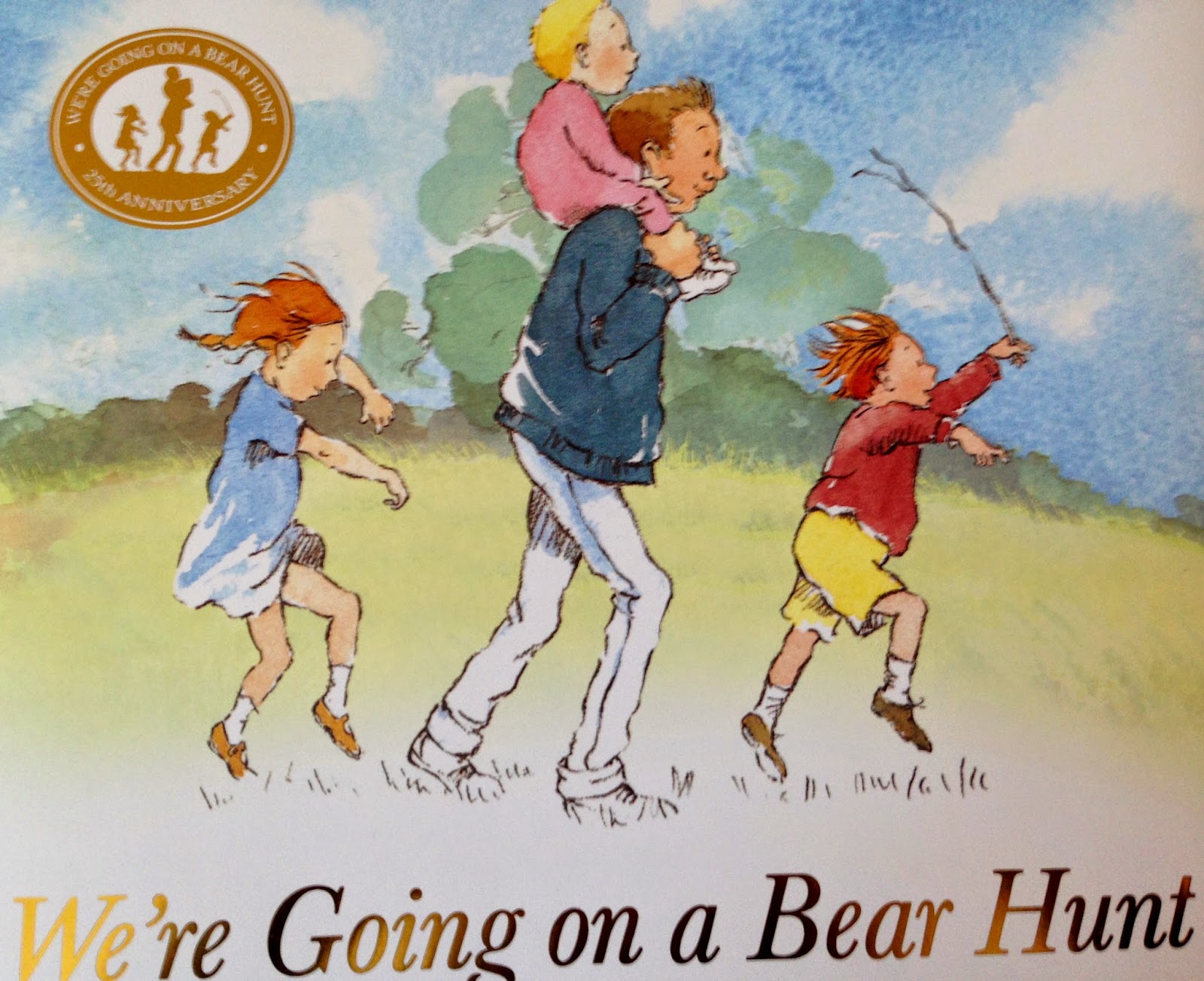 This one I didn't know (I did grow up in France, reading different books, after all). But they got me with their cunning boast about the fact it was on its 25th anniversary. Clever Tesco.

For younger children than TEC, but also great fun to read. E knows it by heart.

Also, it's a Dad! Taking competent yet typical Dad-like care of his kids. Of which there are 4! (although M claims the biggest girl is the mum). This is rare enough to recommend the book on its own. 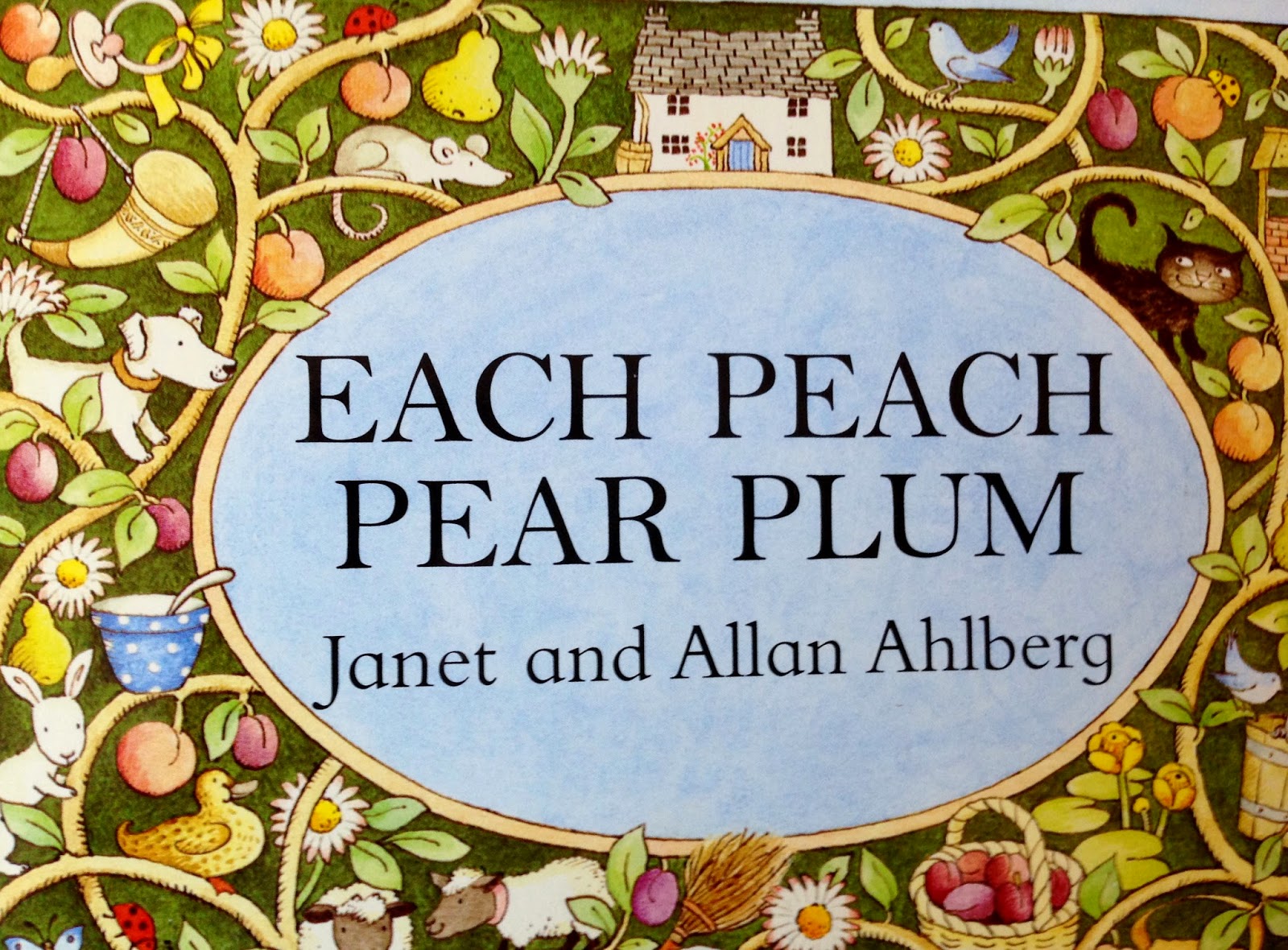 This one I knew from my PhD days, as it is a great example of the extreme intertextuality which children's literature allows. So I bought it.
And it is great fun. It's a simple read, doubling as a spot-the-classic-character game. But it is not reveling in its own cleverness (unlike other clever trick books - looking at you The Book with no Pictures).
My sample 2 year-olds loved it. Although they don't know who Baby Bunting is, and neither do I. 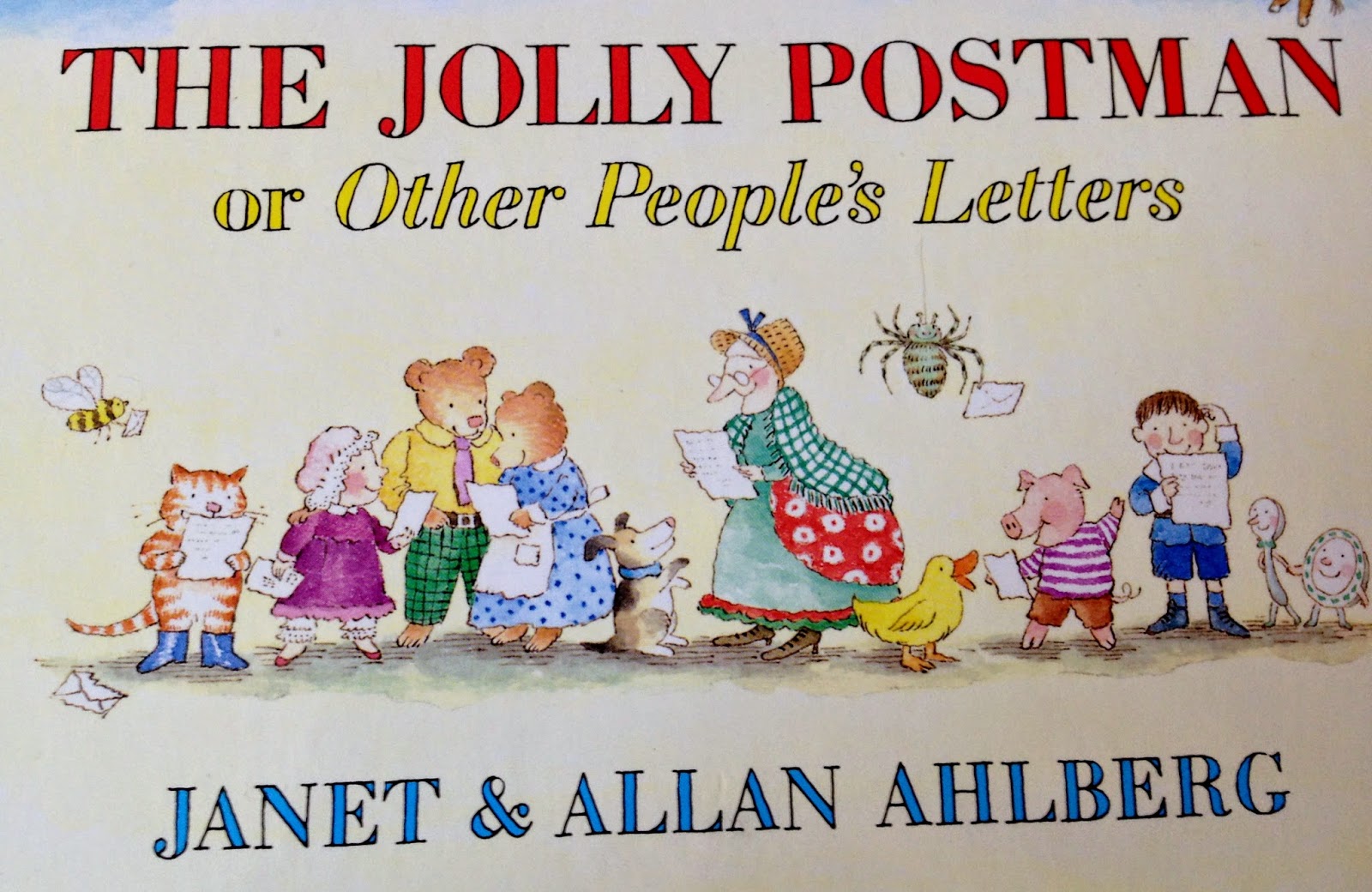 Same idea as above for this one, but for slightly older kids. The letters refer to the well-known stories in a day-to-day life manner. Also a roaring success. But we still don't know who this mysterious Baby Bunting is. 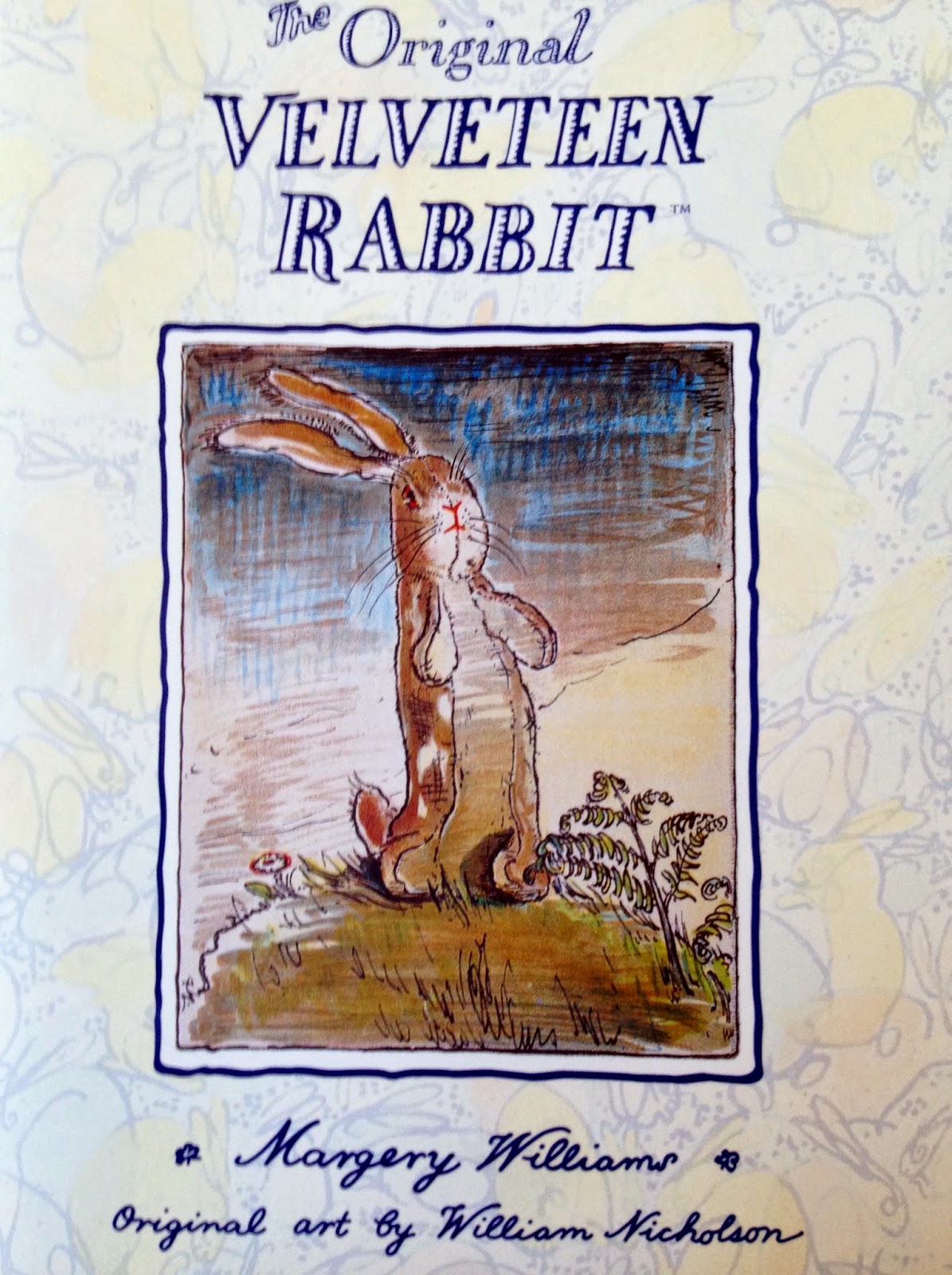 This one also got me through being an old classic, but I had never heard of it before Hallie mentioned it as an aside.
It is such a lovely, beautiful story. And the author doesn't seem to assume children can't cope with big words and beautiful writing (but that's another post for another time). It is very poetic, but not in the sense that it is easy to memorize and that it rhymes, like the Gruffalo. No, it is simply a thing of beauty. Read it! I order you to read it! It is impossible not to love Paddington. Another classic which therefore doesn't shy away from being well-written. The illustrations are also so sweet. And I may want a pet bear now (it would get on so well with my future Minke whale which I intend to adopt in order to protect it from the orca - it is just possible I may watch too much David Attenborough. And get slightly too involved.)

And now for the more modern ones, 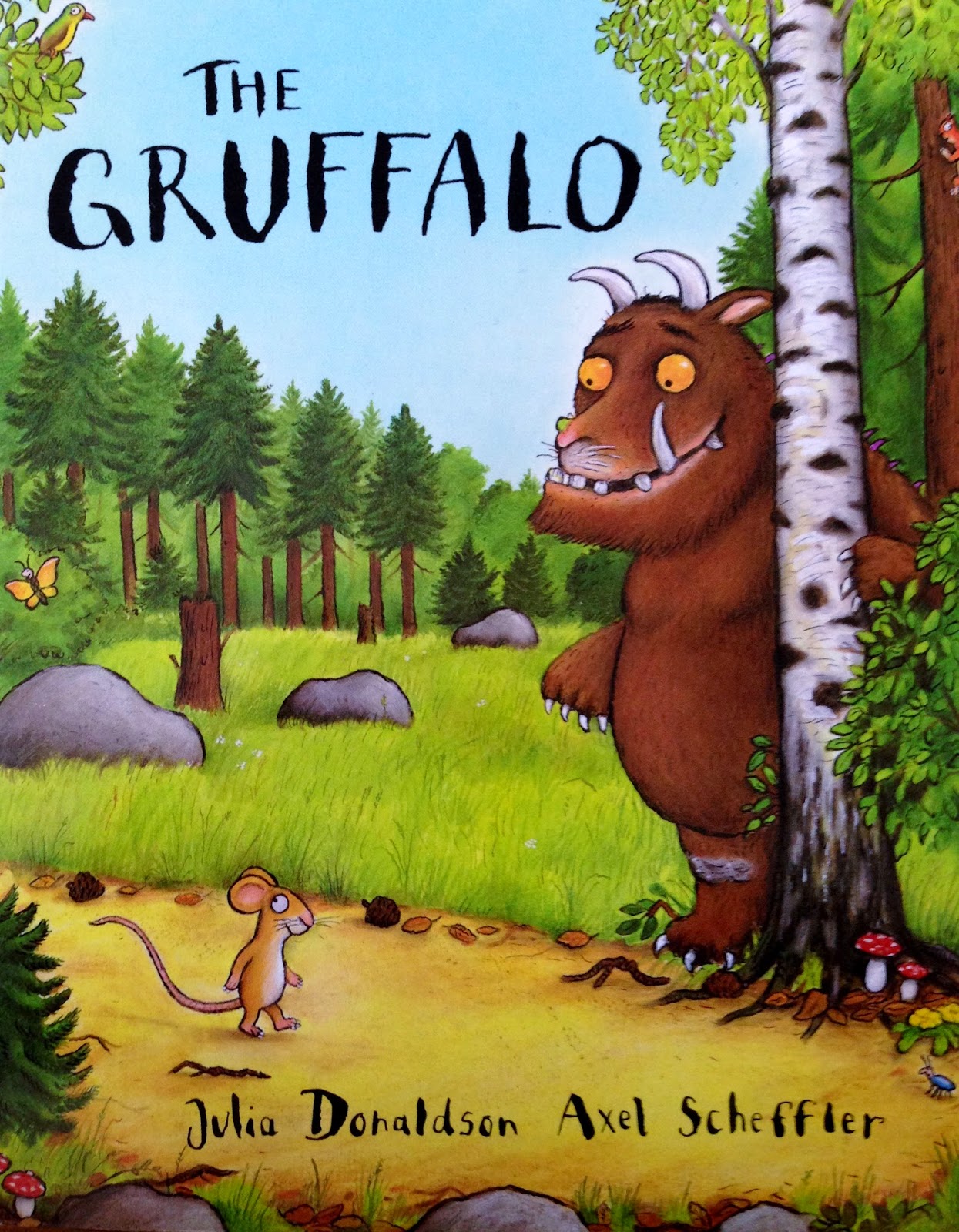 A nice book overall, and fun to read out loud. It's another one that my sample knew by heart fairly quickly. They also requested it often. However, the writing and illustrations are only fine, rather than beautiful. And I am not sure what the moral is meant to be (the importance of moral is much more crucial than you think). Lie your way out of trouble?
It's not exactly objectionable though. The mouse is being resourceful, but the fact that the lies become true draws attention to them. And yet the book doesn't offer any kind of resolution, are lies bad? A necessary evil? Something that can become true? What is your point Julia Donaldson?
Don't get me wrong, I don't require that everything be spelt out to me, nor to the children reading. Children can cope with uncertainty, in fact it is very important to introduce difficult dilemmas in stories. But the Gruffalo doesn't do that. It simply entirely fails to make any kind of point. It is not even trying to make you think. And that is always bad literature, not just bad children's literature.

Altogether not worth the hype. This one I  saw on the shelf at the book shop and was intrigued. It is a classic play with the "object" book which serious academics specialising in children's literature love, because it generally enables them to make a very complicated point about meta-stories and deconstructivism.

In actual fact, it's just a clever trick book. Harmless, and fun. The sample loves it. I'm not sure that they will cherish it forever in their memory though. Read the Ahlbergs instead. 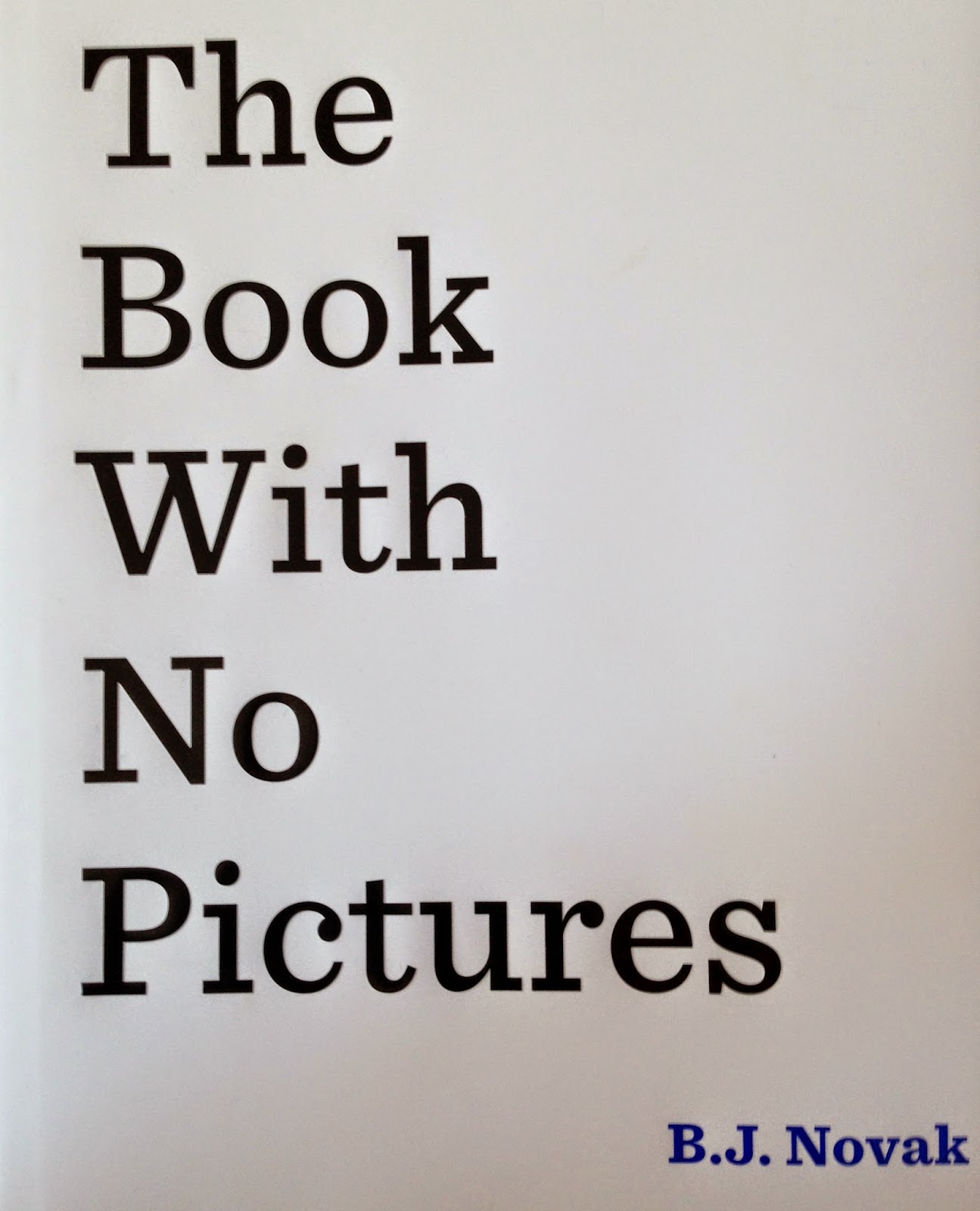 More of the same.The book makes the adult say silly things and in doing so underlines the contract between writer and reader (to use a term much loved by academics). The academics will use it as an example. The sample was only mildly interested.
Also, if one wants to be technical, the contract here, the idea that a reader has to read what is on the page is simply not true. An adult who doesn't want to say silly things out loud can skip pages, close the book, refuse to read. The basic idea seem to be that parents are stupid people who don't know how to operate these simple tasks. I can't see how it is ever a good idea to pander to the child in such a way.
Read the Ahlbergs instead. 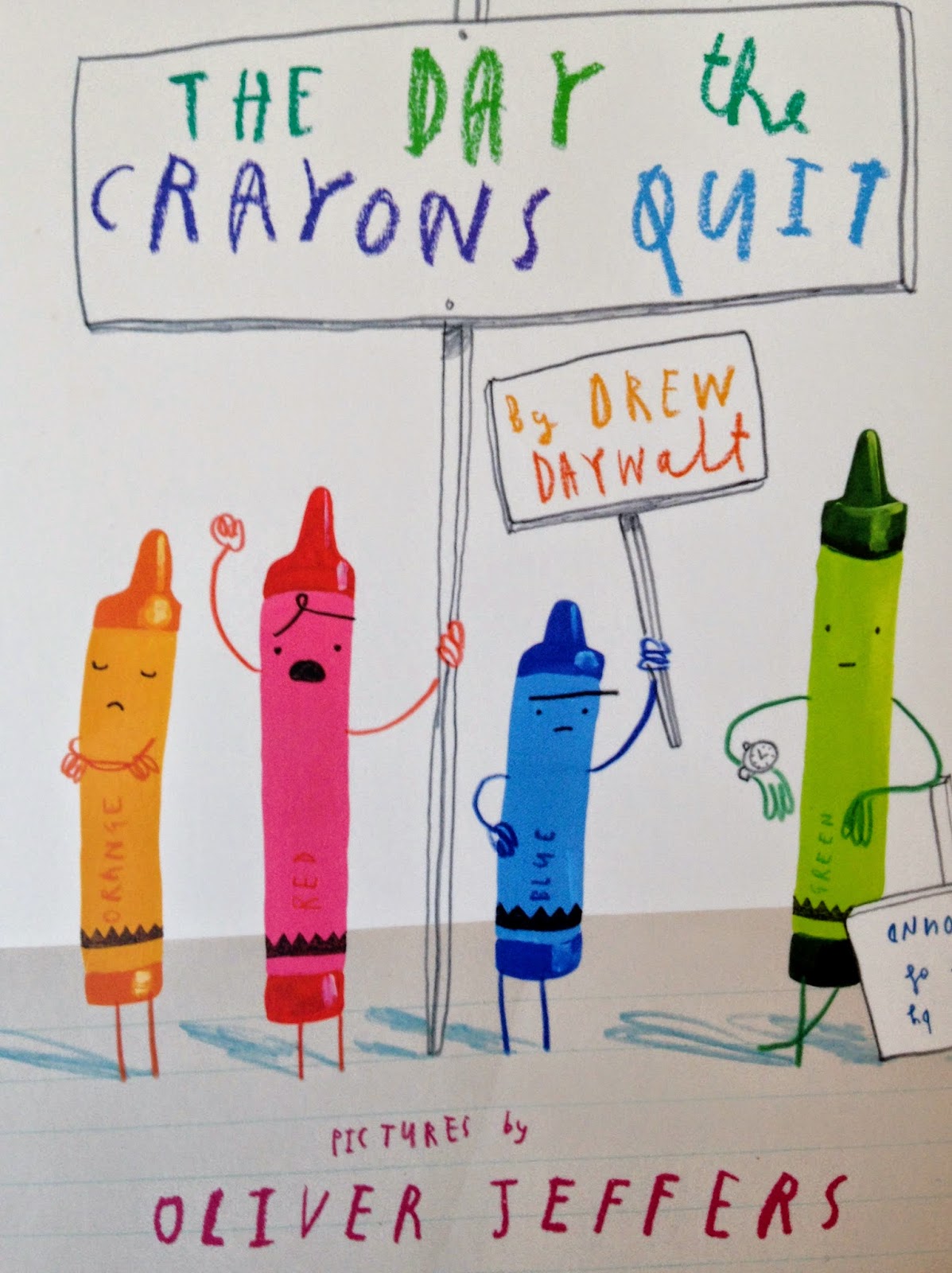 This one was a huge success with M. It is long, and once again, rather than tell a story, the book revolves around a gimmick. However, the different crayons are mostly sweet characters, and the book is rather good at making the child look at the way he uses colours. Fun and harmless.

So here you go. Classics win. Even when it comes to clever tricks, the modern books seem to be heavy-handed and clunky. Feel free to disagree, but you will find me over there, reading Winnie the Pooh to Patapon.