I Need Your Help

*** If you're a man, or not yet a mum, you probably don't want to read this post, so you have my permission to skip it and go think about birds and butterflies. ***

*** If you're a pregnant lady and don't want to read horror stories (don't blame you) scroll to the bottom to see how I need your help.*** 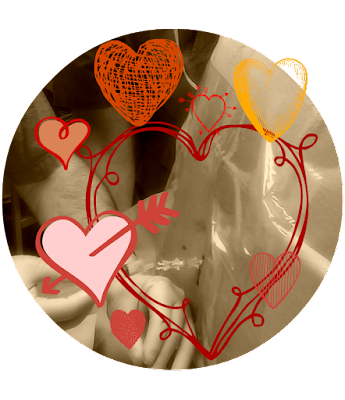 Funny story time: when I was pregnant with Patapon, my birth plan was 10 words long: "I want an epidural and my husband to be there." For most of my labour, I got neither.

I know some lucky ladies have great stories of labouring naturally listening to the birds singing in harmony whilst feeling the empowerment wash over them as they spiritually joined with all their sister forbears. Great for you!

Patapon had stopped moving so I was induced, which means I was left in an induction suite with no visitors allowed. I also experienced the barrel of laughs which is a hypertonic uterus. You don't know what it is? Lucky you.

I hope it remains so.

So here I was, completely alone in a mostly empty hospital, trying to not scream too much so as to not terrify the other ladies on the ward, not allowed any other painkillers than paracetamol, because, get this, I wasn't in the labour suite!!!

When I was finally wheeled into a labour suite and allowed my husband back, I was already more than 6cm (it was a student midwife, she wasn't sure). By that stage, I had been in labour for over 12 hours with a hypertonic uterus (don't look it up if you're pregnant), I was exhausted, angry and desperate for some relief.

But first, we had to go through the protocol, so I was given aroma therapy (which is why the smell of lavender essential oil now makes me want to lash out at people) then gas and air (which I couldn't take, because I'm claustrophobic and was way past reasoning myself). I had to plead for two hours, screaming in agony every two minutes, (whilst they said helpful things such as "are you sure?", "but you've done so much already with nothing!", "oh, don't scream, it'll only exhaust you more!", "do you know the side effects of an epidural?") before they agreed to give me the drug.

Why the NHS thinks bullying pregnant ladies in agony is the right way to save money has not yet been explained to me.

I've got a friend in France who told me the worst pain she ever felt in her life was when they put the needle into her spine for the epidural.

Well, I didn't feel it. It didn't even register. They had to actually tell me it was done, and I was allowed to move again. (The end of the story contains more laughs, including a back-to-back baby with his hand on his head, but it is slightly irrelevant here, apart from the fact that, had I not pushed for an epidural, I may well have had to have a C-section.)


Now, I know what you're thinking: Why are you telling us all this Isabelle? NOT. A. GOOD. BIRTH. STORY. Little lady!

Well, as it turns out, what I experienced was actually them giving in easily. The NHS strongly discourages giving epidurals after the first baby. So in all probability, I am going to have to do without one for the next baby.

And I need your help. Can you give me all the positive thoughts you can find about natural labour? How do you do it? Can you try and convince me I am not going to die in the attempt?

Could you be my BFF+E and reveal that actually, they are totally going to give me my epidural, worry not?

(Oh, and I know all the horror stories about epidurals, my dad's an anaesthetist, it didn't put me off the first time, not going to do it now.)

All sarcasm apart, I really need help. Because I am seriously considering moving in with my parents, in the land where epidurals lead happy profitable lives (that's France), for a month around the time the baby is due. And that won't do any good to anyone.
Posted by Isabelle at 10:30